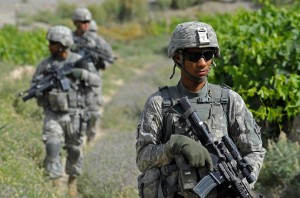 Mary Kaszynski
Afghanistan Study Group Blogger
Yesterday, the Senate passed an amendment to the National Defense Authorization Act calling for an expedited drawdown from Afghanistan. As we noted before, the amendment, introduced by Sen. Jeff Merkley and a sponsored by a bipartisan group of senators, is a good step towards a smarter Afghanistan strategy. But it is just one step.

The NDAA still has to clear a number of hurdles before becoming law, and its chance of success is unclear. The Senate is expected to vote on the bill today. If it passes, Senate and House will then have to reconcile their different versions of the bill. Whether the Afghanistan amendment will stick or be stripped out in the conference committee is anyone’s guess.

On top of all this, even if the bill makes it out of Congress, it may not get past the White House, which has threatened to veto the bill over controversial amendments relating to detention and prosecution of terror suspects.

Assuming the NDAA survives this process with the Merkley amendment intact, there is still a big caveat: the amendment calls on the president to produce a timeline for an accelerated drawdown, but it is not legally binding. Drawdown critics like Sen. John McCain have noted this, dismissing the amendment as “a nice informational, notional kind of thing.”

Caveats and questions aside, the Senate’s approving the amendment is a very positive sign. It means that some members of Congress are starting to ask the questions that need to be asked. Sen. Merkley posed a particularly good one in yesterday’s floor debate. “Given our success in destroying al-Qaida training camps and pursuing those responsible for 9/11, why haven’t we brought our troops and our tax dollars home?” he said. Questions like these should be the driver for getting our Afghanistan strategy back on track.

One Response to Merkley Amendment Update