Momentum for Ending the Afghanistan War 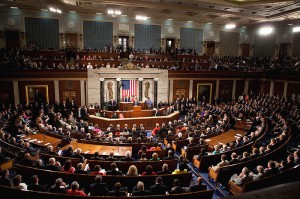 Last week, we noted that most of the GOP presidential candidates don’t seem to be on the same page as the American public when it comes to the war in Afghanistan. This week, however, we have a more encouraging sign that some members of Congress are listening.

The indication that support for ending the war in Afghanistan came in the form of an amendment to the National Defense Authorization bill, introduced by Sen. Jeff Merkley of Oregon. Merkley, a Democrat, was joined by two Republicans (Rand Paul, Kentucky, and Mike Lee from Utah) and five Democrats (Tom Udall of New Mexico, Sherrod Brown of Ohio, New York’s Kirsten Gillibrand, Dick Durbin of Illinois, and Iowa’s Tom Harkin) in sponsoring the amendment, a Sense of the Congress on Transition of Military and Security Operations in Afghanistan.

The amendment (text available here) notes the continued high costs of continuing the war in Afghanistan, the fact that the primary US objectives have already been achieved, and that the US “will continue to support the development of Afghanistan with a strong diplomatic and counterterrorism presence in the region” even after troops are withdrawn. It calls on the president to plan an expedited timetable – bringing troops home earlier than the currently planned 2014.

The Merkley amendment represents the growing momentum in efforts to end the war. If passed, it would be a tremendous achievement.

As always, however, there are several caveats. First, this amendment is simply a “sense of” resolution. It is not legally binding, as the text makes very clear:

Sense of the Congress resolutions may create political pressure for the administration, but have no direct effect on policy.

Secondly, even if the amendment is passed and even if it does create political space for an accelarated drawdown, it may be too little too late. If momentum for ending the drawdown is growing, there are signs that the opposition is growing stronger as well. Afghanistan’s recent Loya Jirga laid the groundwork for a ten-year strategic agreement with the US that could allow US troops to remain in the country long after 2014.

Speaking of the drawdown deadline, it’s far from clear what is supposed to happen by December 2014, the date which President Obama established as the goal for removal of all United States combat troops from Afghanistan and the transition to local security forces.

The Merkley amendment says that “President Obama has established a goal of removing all United States combat troops from Afghanistan by December 2014.” Undersecretary of Defense for Policy Michèle Fluornoy has a completely different take on the 2014 deadline:

“2014 is not a withdrawal date,” she said in a recent interview. “It’s an inflection point where we put Afghans firmly in the lead and we step back into a consistently supporting role, but with much lower numbers of troops.”

Those who want to prolong the war are gearing up for a long debate. Passing the Mekley amendment would be a welcome step, but it is just one step. Ending the war will require many more.