Steady Decline in Public Support for the War 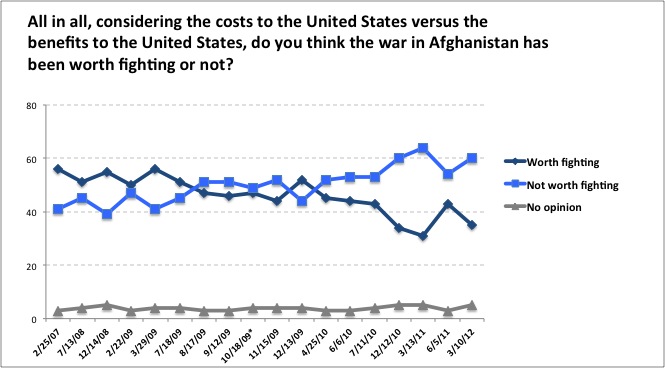 The change is striking. Just five years ago, when respondents were asked if the war in Afghanistan was worth fighting, 56% said yes. Now, the situation is reversed: 60% say the war is not worth the costs, compared to only 35% who say it is.

Supporters of the current drawdown plan argue that we shouldn’t let these isolated incidents stop us from staying the course. What they forget is that the U.S. strategy in Afghanistan has been broken for a long time, and the American people know it. The only question is whether policymakers will realize it as well and develop a smarter strategy before it’s too late.