Priorities and Perspective: Are we Reasonably Allocating our Resources in the Af-Pak Region 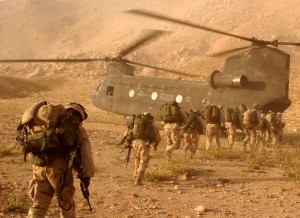 If you had to choose which country is the most strategically important – Afghanistan, Pakistan, or Iran – you might have a hard time deciding.

On the one hand we have Pakistan: Population 175 million, the sixth largest in the world. An unstable civilian government facing off with a powerful military. A haven for insurgents – not to mention Osama bin Laden – who attack US troops across the border in Afghanistan. The extent to which Pakistani officials are complicit is unclear, although former JCS Chair Adm. Mike Mullen called the ISI “the virtual arm” of the Haqqani network. Comments like these from both countries, combined with incidents like the NATO airstrike that killed 24 Pakistani soldiers, have US-Pakistan relations at an all-time low. Finally, there’s the little matter of Pakistan’s nuclear arsenal, which numbers some 100 weapons.

On the other hand we have Iran, a smaller country, but arguably more unstable and potentially threatening. Jon Huntsman called Iran’s nuclear ambitions “the transcendent issue of this decade from a foreign policy standpoint.” Hyperbole? Perhaps. But there’s no question that preventing Iran’s pursuit of nuclear weapons is important.

That leaves Afghanistan. When Newt Gingrich called Afghanistan “the least important of the three countries,” no one remarked –  because everyone is thinking the same thing. The US has already achieved its primary strategic objectives in Afghanistan; it is no longer our fight.

This leaves us with something of a puzzle. Afghanistan represents little in terms of srategic importance – and yet 90,000 US troops are still stationed there. We have spent over one trillion dollars on the wars, and will spend $100 billion next year. War spending is a main driver of the current financial crisis.

As one wasteful war winds down, it’s worth thinking about what our national security interests really are. Building our economy – that is vital to our national security. So is preventing Iran from building a bomb as well as preventing the dangerous situation with Pakistan from spiralling out of control. Compared to goals like these, nation-building in Afghanistan seems trivial.

Look at it another way. An American official told New York Times’ Bill Keller: “If you stand back and say, by the year 2020, you’ve got two countries [Afghanistan and Pakistan]— 30 million people in this country, 200 million people with nuclear weapons in this country, American troops in neither. Which matters? It’s not Afghanistan.”
In thirty years, will we look back and be glad that we spent $100 billion on Afghanistan in 2012? Or will we regret such vast expenditure in Afghanistan that was not commensurate with regional priorities?

One Response to Priorities and Perspective: Are we Reasonably Allocating our Resources in the Af-Pak Region